Handwork Learning offers so many benefits that we love. From skills to confidence and friendships, we sometimes can’t get enough! We realized recently that a lot of the benefits from handwork coincide with a term coined by one of our favorites, Angela Duckworth. Duckworth noticed a characteristic grit, among high-achievers. This characteristic emphasizes effort, trying again when things don’t work out, and perseverance when something becomes challenging… sound familiar? We thought so too! While Duckworth says grit indicates potential for success, at The Handwork Studio we like to think that this quality, which is really a combination of so many handwork-inspired qualities, indicates a potential for adventure and limitless creativity as your child ventures through the world! 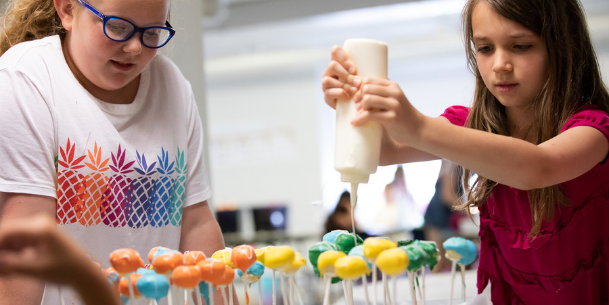 When you try something new, what’s the worst that could happen? Cue a gulp and fear of failure! While fear of failure is common among adults, at The Handwork Studio it’s something we honestly don’t even think of. When something doesn’t go as expected either in one of our baking programs or a robotics camp, we never say “well, it looks like we failed today, kids”. We get excited! Why? It’s a chance to learn. What other people call failure, we call trial and error and learning opportunity. Next time, we won’t swap baking soda for baking powder or swap the red and blue wires!

At The Handwork Studio, we not only provide an environment where it’s safe to fail, but we create so many opportunities to fail differently each day. On Tuesday, a camper can “fail” and learn the difference between a tablespoon and a teaspoon, and on the next Monday, they can learn the value of measurements as they try to defend their 3D towns from evil villains! What will your camper fail at and learn from today? 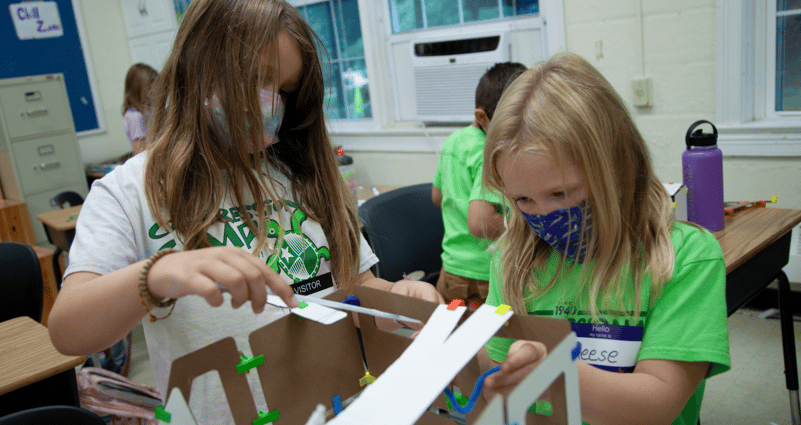 Think about the last time you saw something really impressive. You probably thought about the talent the performer had.  Angela Duckworth would correct you and say that what you actually were impressed by was skill. And while we’re not in the business of correcting other people’s sentences, we kind of agree with her. At the Handwork Studio, we provide endless opportunities to try something new and just as many opportunities to continue practicing something campers already know and love. At the end of each program, campers walk away with a physical 3D creation that only exists because of their own dedication to the project.

As children are navigating their creative adventures, we encourage them along the way. Wow, remember yesterday when you didn’t know how to thread the needle? Today you’re sewing on your own! Seeing their own progress shows campers they can learn anything and it makes them feel so proud of themselves, which is our favorite part!

Breaking goals into steps and objectives

“A lack of grit can come from having less coherent goal structures.” 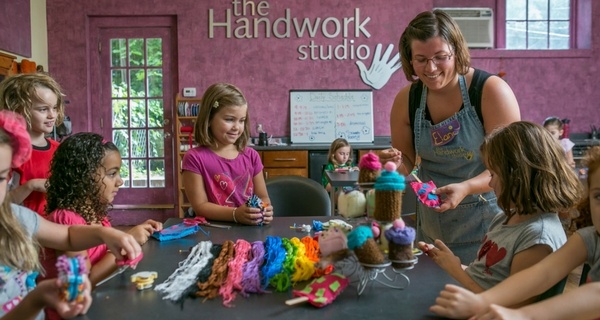 Have you ever had a big dream and didn’t know how to get there? We have! Sometimes the big end goal can feel overwhelming and impossible to reach. At the Handwork Studio, we never say, “Okay, kids. Build a robot.” All of our handwork projects are broken down into small sequential steps. At the beginning of the week, campers don’t need to be an expert on anything. They just have to do this one small step. And then this other small step. And then another. All of a sudden, they have a robot! Or a costume they sewed themselves or an amusement park with all of their favorite rides!

We present each week with an exciting big goal and show campers all of the steps that will lead them there. They love seeing the clear path to get from here to there and mark their progress as they excitedly complete each step. At the end of the week, they’re thrilled about what they created, but they feel accomplished because of the plan they followed.

“Enthusiasm is common. Endurance is rare.” 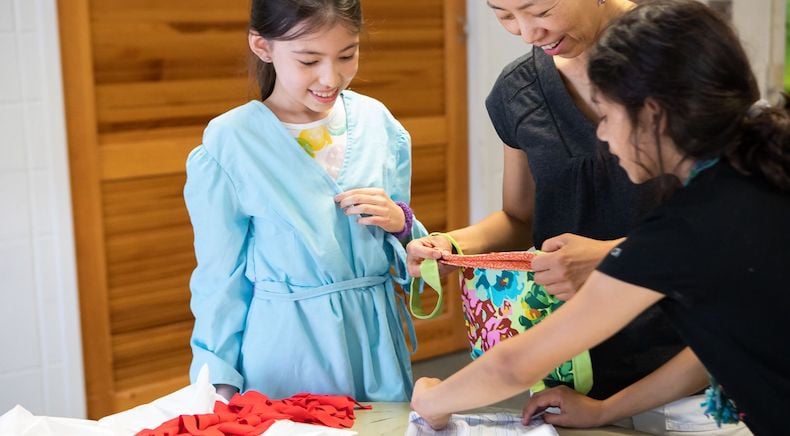 We love this concept, pairing enthusiasm with endurance. To be super clear, we don’t equate any parts of our camp with the hardest part of a marathon. Every part of the process is fun! There are times, however, when a handwork project feels challenging. In those moments, a camper might feel discouraged like they hit the wall at the 20-mile mark. This is when our counselors swoop in and help them to see it through. We remind them of the big exciting end goal. We remind them of how far they’ve already come. And we promise them that they’re capable of getting through this one small tricky part. Campers always see through whatever small challenges they have in their projects. They always make it through to create their 3D masterpiece. When they’re done at the end of the week, beaming at what they’ve made, we tell them we are so proud of them for finishing and for never giving up.

Hands-on learning is very different from a lot of academic learning. It doesn’t involve reading and memorizing facts before getting your hands dirty. Hands-on learning means diving headfirst into a 3D environment and learning as you go. It’s different, it’s messy, it’s impactful and we love it. We love that it gives every kid, regardless of how they learn in school, a chance to try something new and discover what works and what doesn’t. We’ve found that learning by making bypasses some of the limits of book-based learning and children who struggle during the school year totally blossom in our summer camps. We can’t wait to see what adventures your camper chooses in our 3D environment that inspires confidence and a love for learning!