The amount of astounding, artistic invention that surrounds us as a modern society is truly remarkable. From visual and performing arts, chefs, crafts people and more, it’s said artistry and innovation that live at the core of why we do what we do, here at The Handwork Studio.

We find that the most inspirational makers of all, share a common practice and belief. They are always dabbling with various hands-on experimentations and projects that add to the wheelhouse of their creative library. The beauty about this practice, is that you can start from anywhere. As long as you are willing to get your proverbial hands dirty!

As this year comes to a close, we are reflecting on who has made a generous impact as a result of hands-on learning, and the success and joy it brings when persistent, playful and curious. We’re talking about lifelong career success on the grander scale, in addition to a deep passion. Specifically, artists and makers who have inspired us and our children, who will someday be our future leaders, entrepreneurs and innovators to look forward to:

Pedro Ospina, a community based artist who thrives on unique collaborations, originally from Columbia and raised in NYC has accomplished many projects and has changed the lives of students he’s had the pleasure of coaching all over the world from the US to Columbia and Brazil. One of his most impactful projects has been his ‘Open Kitchen Sculpture Garden’ in North Philadelphia. This eclectic community garden and sculpture space inhabited by many of Pedro’s works and past students’ sculptures serves as a community space for artists, makers and residents of the neighborhood to attend a weekly potluck, serving especially as a means for locals who may not have access to nutritional food. In 2021, Pedro has completed a solar powered woodshop, which sustainably energizes the garden and workspace within it, leaving very little environmental impact in the neighborhood. He regularly invites youths to the woodshop to utilize and gain skills that they would otherwise not have access to. In 2021, The Open Kitchen Sculpture Garden received a grant from Temple University to create and install three sculptures around North Philadelphia as an homage to the neighborhood.

Re:Vision Architecture firm is focused on their sustainable practices first and foremost within every project they take on. Their first step in beginning a new project is to vet their architects, contractors and building owners to make sure their goals mutually align in their efforts towards sustainable and high performance structures. One of their major projects in 2021 was collaborating and officially breaking ground with Muhlenberg College in Allentown, Pennsylvania on their upcoming project of the Parkway Community Building, a multi-sensory project that is pursuing a Living Building CORE Certification, a certification that ensures a building is following practices that qualify it to being a truly sustainable structure. In addition to being environmentally conscious, this holistic project is geared towards maximizing views of daylight in the workplace; an important element to a healthy and conducive state of being while working. The scale of this project is very important in 2021, as climate change concerns alarmingly rise and ethical work conditions continue to be reexamined. We’re incredibly inspired by Re:Vision Architecture who leads by example and hold the utmost importance and integrity in their work.

Christa, Founder of FarmerJawn, established in Elkins Park, PA has made a serious impact in her short time of being in business. FarmerJawn, a black-owned and female-owned business, is a business of purpose: to nourish all. FarmerJawn especially focuses on supplying marginalized communities with organic fruits and vegetables, who don’t typically have access to fresh products in their neighborhoods. It is FarmerJawn’s goal to provide health, longevity and nutritional knowledge to all communities. Upon leaving their first greenhouse in Elkins Park in 2021 after a devastating loss of crops due to lack of heat in her space, Christa and her team persevered and continued farming in various areas in Greater Philadelphia to ensure that they still fueled their customers. FarmerJawn will now officially be farming on the historic land of Elkins Estate in Elkins Park (just outside Philadelphia limits) in the future, and they have immense expansion goals. Christa and her team’s efforts have changed the lives of many at a crucial time in history due to the pandemic and discrimination of fresh options in underserved neighborhoods. She is a testament of what one can do when they love the process of their craft, and how one’s practice can bring communities together and create positive change for future generations.

Ahmir Khalib Thompson, known as Questlove has been a Philadelphia icon for many years. Most popularly known for being the drummer for The Roots who perform on the Late Night Show with Jimmy Fallon, and for his enriching podcast Questlove Supreme, one of his most meaningful projects to date took place in 2021. The release of the documentary, Summer of Soul, which Questlove himself directed. Summer of Soul, highlights an event: The Harlem Cultural Festival, which was overshadowed by Woodstock since both took place the summer of 1969. This festival was a celebration of black musicians and the revolution that was taking place at that time for equal rights. The documentary highlights the emotional impact and importance of this festival for the Harlem community. We watch many who attended and performed at the festival speak about it 50 years later - as no one utilized the footage until Questlove learned about the event – speak of the pure bliss and joy of experiencing an event that was by and for their community. Something they had never experienced before. This film beautifully captures the importance of this festival and unity and parallels many of the events that take place in present day. Be ready to experience goose bumps when you see these legendary artists watch their own performances from 50 years ago, for the very first time.

Philly native, Chris Cho, is a professional chef/restaurateur meets Internet motivational speaker combined into one. His daily Instagram tutorials of traditional Korean dishes he whips up with his signature “OOH!” punch lines are a delightful way to engage with the traditional Korean art of cooking while hearing positive messages. One example of many ways he’s impacted the world in 2021 was his participation in the discussion during AAPI (Asian Americans and Pacific Islanders) Month on Tastemade’s episode Exploring AAPI Identity & Culture Through Food on HBO Max, where he speaks of his experiences in coming from a family of chefs, who now own Seorabol in North Philadelphia and Center City. This rich roundtable of other Asian American and Pacific Islander chefs speaking candidly about their confusion of identity around food growing up in America provides crucially important perspectives on what it’s like to grow up as an Asian American.

Mona Frodig is from Austin, Texas and lives in Gothenburg, Sweden however, received her Undergraduate Degree in Fibers and Textiles Studies from the University of the Arts Philadelphia, a program that utilizes various mixed medium approaches. She has since pivoted towards obtaining a Masters Degree in Child Culture and Design at HDK-Valand - Academy of Art and Design at the University of Gothenburg, Sweden, incorporating many methods from her Undergraduate experiences. In 2021, she and her cohort of peers built a playhouse, however, her program goes beyond simply building with children in mind. Mona and her peers collaborated with children over zoom ranging from seven to thirteen years old, and designed a structure that would suit their ideal world within a playhouse. In real time, Mona would consult via screen sharing, displaying Adobe Illustrator and design with a child’s feedback and incorporate their needs for maximizing imagination. “Designing with the child allowed them to have agency and ownership of how they want to play” says Mona. The end result features multiple levels for different age ranges, a darker tunnel with tinted windows for a more tranquil and meditative experience, and a top section with a lookout point. Mona plans to concentrate in one of a kind children’s theater construction in the future, always keeping in mind the needs of the children for the most creative conducive experience.

Hands-on learning in each respected profession paired with different personal back-story, cultural upbringings, and visions for an improved way of living, have directly driven each of these wonderful makers to not only create incredible works of art but to positively impact the world around them.

It’s a motivational reminder to never underestimate the power of hands-on learning from a young age, and we truly believe it’s never too early to start.

Dive into Experiential Learning at  The Handwork Studio Summer Camp 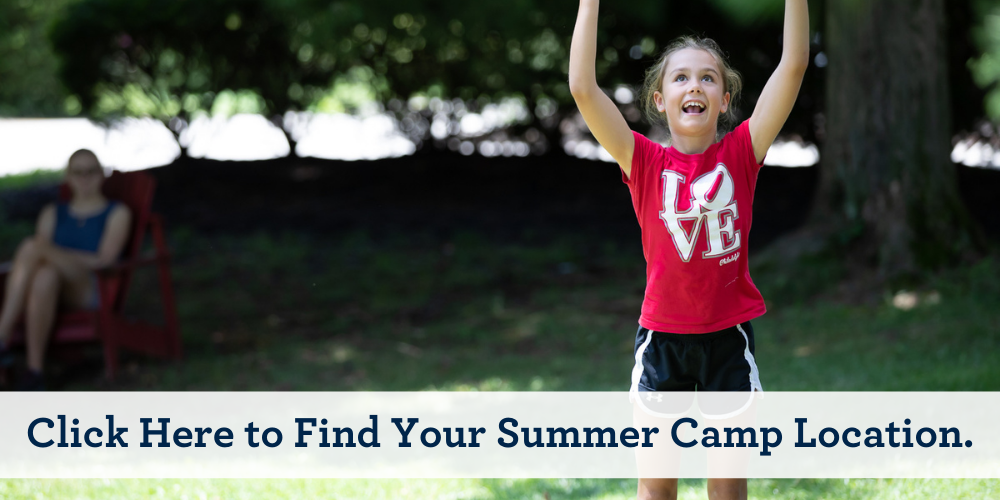 Halloween Trends Through The Decades