For 20 years we have provided an environment that has encouraged thousands of kids to learn by making. Exploration through hands-on skills provides a pathway to a variety of educational possibilities. 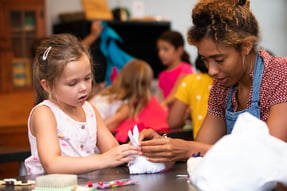 From Handwork to Social Impact

Throughout time, art has been used as a medium to express political ideologies. Art is influenced by politics and politics can be influenced by art. Artists have been able to use artistic expressions as a form of inspiring change, provoking political movements and educating future generations.

Julia Haines became involved in The Handwork Studio when her mom won a free week of classes in a raffle. She attended classes and camps for years and as a teenager became a CIT at Summer Camp. Julia is now a student at Tyler Art School at Temple University studying Fiber Arts and Art Education. She has interned and taught at the Barnes Foundation, where she researched Navajo textiles and worked at Anthropologie as a display intern. Julia connects her time spent taking classes as being formative and being able to transfer her skills learned at 10 to her current education, but also remembers the impact of the learning environment,

“I remember feeling so comfortable when I was at The Handwork Studio. I knew what this really nice, gentle comfort was.”

Julia creates fiber art pieces that are influenced by her family’s immigration history. She describes the philosophy behind her art as being inspired by the impact that genetics plays in our lives, both biologically, geographically, and politically.

From Fashion Bootcamp to Vogue

The Devil Wears Prada is a pop culture staple that  provided a glamorous look into the cutthroat world of fashion design. The long nights, over-demanding bosses and intense competition of the New York fashion scene were portrayed to show what it takes to make it in the world of Runway Fashion.

Lizzy Gee has worked with top New York designers such as Julie Mollo, Mara Hoffman and Christian Siriano, but her journey began with knitting classes at The Handwork Studio when she was 8. She later moved to Machine-Sewing and 4 years in Fashion Boot Camp. Lizzy credits her time at Camp and the guidance of her instructors for preparing her for a career in Fashion Design,

“Fashion Bootcamp stands out as the perfect example of how great The Handwork Studio was and how it helped build me as a person and designer.”

Lizzy Gee is alumni of Pratt University with a degree in Fashion Design and has found a way to stand-out in the competitive Fashion scene with her award-winning designs that are body positive, colorful, creative and sustainable. In December 2018, Lizzy was highlighted in British Vogue for her innovative and progressive fashion concepts.

From Sewing to Engineering

Research has found that the development of spatial skills at a young age is often a large determining factor in which children pursue STEM (Science, Technology, Engineering, Mathematic) fields of study and careers as adults. Spatial skills can be encouraged early in life through building blocks, puzzles, obstacle courses and handwork!

Sharon Baranov began classes at The Handwork Studio when she was 6 and progressed from hand-sewing to creating dolls to machine sewing and eventually became a counselor during the Summer. Currently, Sharon is a sophomore at the University of Pennsylvania and is pursuing a degree in Mechanical Engineering. She credits her choice of study to her lifetime commitment to handwork,

“Sewing is how I got into engineering. I was thinking I really like making things, and fitting them together and seeing how they work.”

As she continues in her studies she hopes to integrate her engineering studies into a fashion stating that “they are intermixed, because they are both about creating.”

The basic principle of sewing and fashion design is to take materials that are 2D and use technical skills, innovation and creativity to create 3D functional objects, much like engineering. From the attention to detail to the knowledge of materials and fabrics mechanical engineering is handwork with high voltage.

From Bags & Fashion to Entreprenuer

As the world becomes more conscious of our environmental footprint, crafting has also had to adapt. Upcycling items in the house such as older clothes and furniture has become trendy and recycling the fabrics and paper when leftover can help reduce the environmental impact of crafting. Anna Welsh was able to see how to blend craft and eco-consciousness together. She came up with little bags. BIG IMPACT.

Although Anna Welsh has always been creative, she fell in love with The Handwork Studio at the age of 6 at a 1-day camp. After 5 years of camps and classes, she advanced to machine sewing. In 2016, something happened that inspired Anna to take action. A Camp Counselor gave Anna a “really funky piece of scrap fabric” that she would then use to make a clutch bag. Anna’s mom carried the bag with her on a trip and was constantly lavished with compliments on the style and design. Thus, Anna began her journey to make fashionable bags from reclaimed materials by creating little bags.BIG IMPACT.

At age 13, Anna Welsh established little bags. BIG IMPACT, as an eco-friendly and sustainable business that offers fun and creative purses and accessories. She has used her passion and talent of creating to recycle over 2,000 pounds of fabric from landfills and provide 5000+ children with books by donating 15% of sales to Tree House Books.

Where will your child's handwork skills take them? 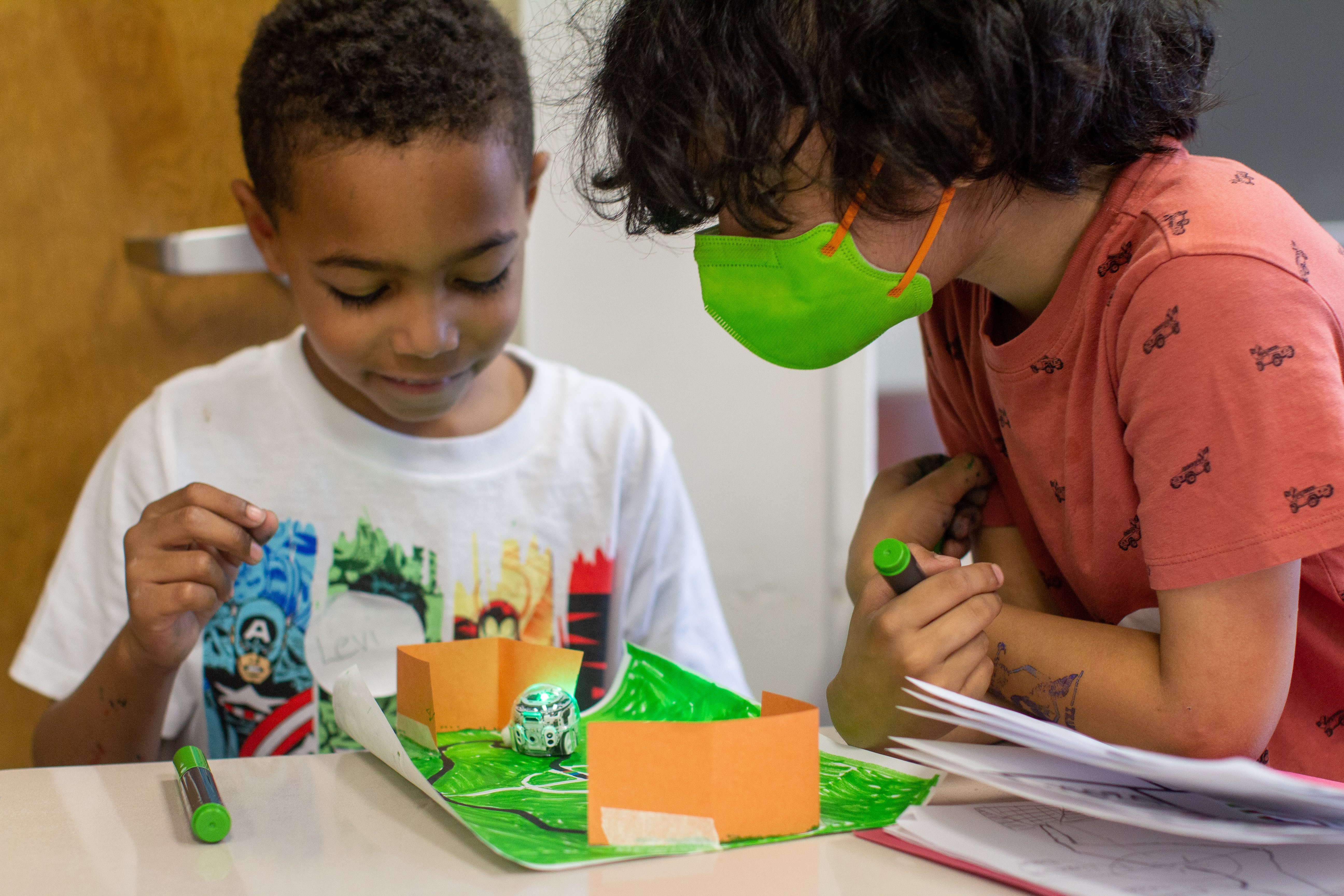 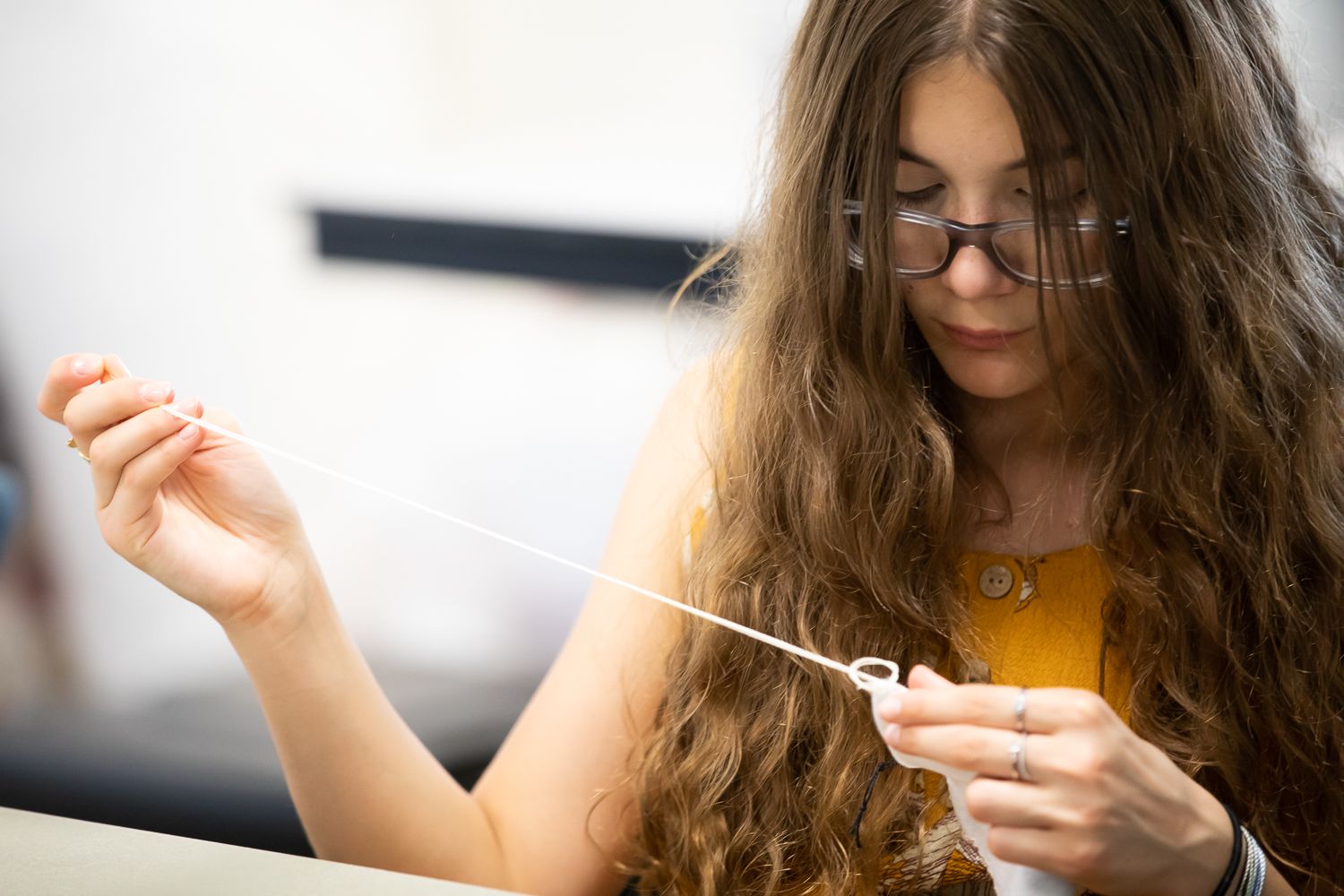 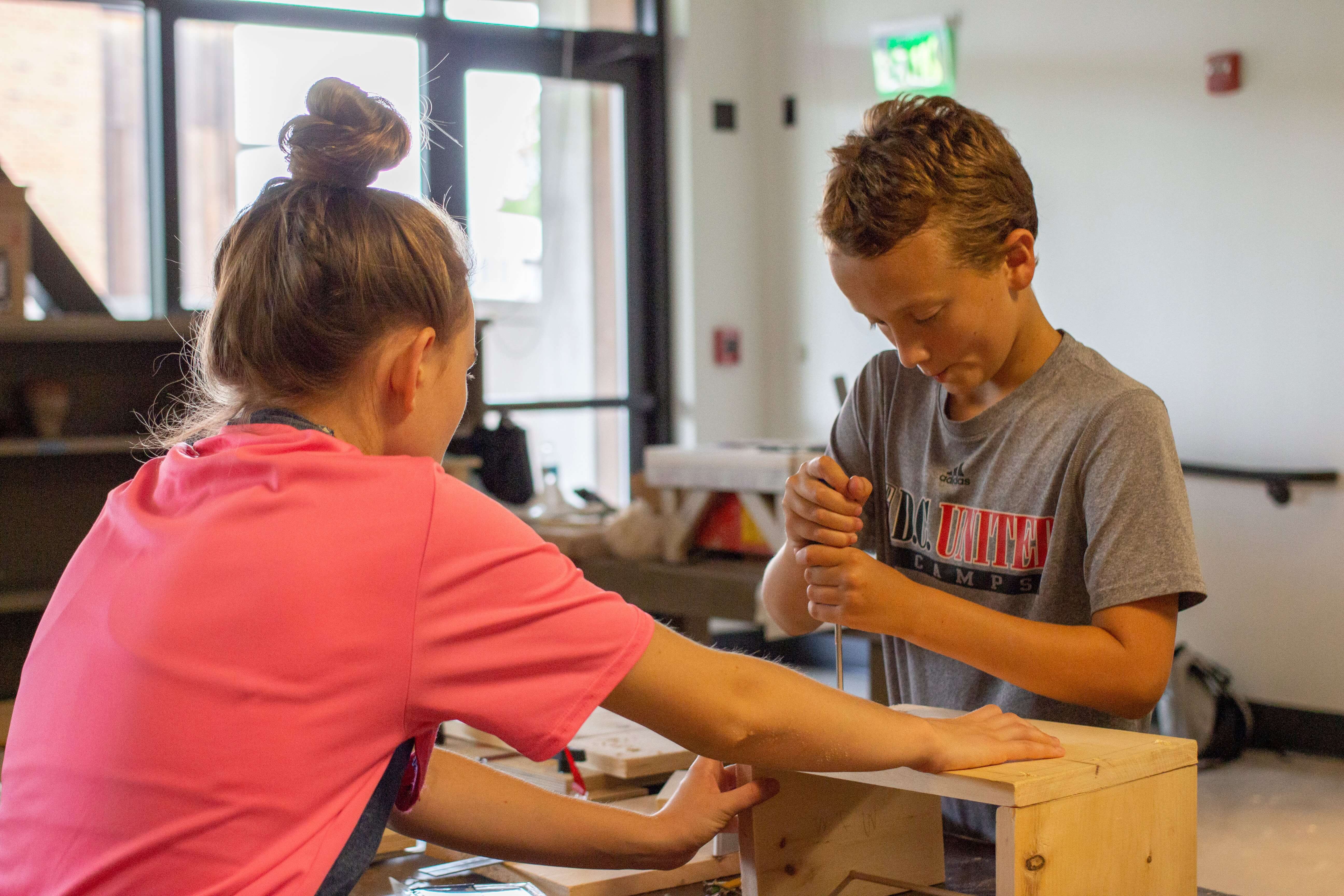 Is Woodworking Safe for Kids?