3 Ways to Inspire Creativity In Your Child

3 Ways to Inspire Creativity In Your Child

A few years ago, 1,500 CEOs were asked in a poll what they believed to be the single most important trait in future leaders. The overwhelmingly consistent answer? Creativity. 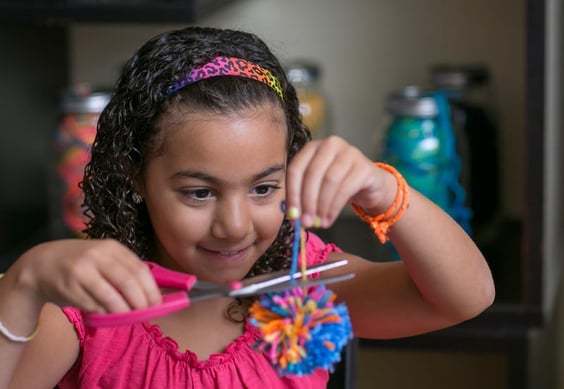 Too often, schools and other pressures erode children’s creative processes. The best way to maintain a child’s imagination is to inspire them to continue using it. Here are three ways to inspire creativity in your child.

One of the biggest benefits of using your imagination is having an ability to work through problems in a way that might not be obvious at first glance. Creativity functions like a muscle and, just like any other muscle, it needs to be worked to achieve greater results. When your child encounters a problem, instead of fixing it for them, consider working through it with them by asking questions like: “What can we do?” “Will that work?” “Where should we go for that?” “Can we fix it?” Your child will learn to apply their imagination more places to solve more diverse problems.

A study at the University of Texas at Austin found that children who spend more time in front of a TV were less likely to engage in creative play. This isn’t a huge surprise, when a boy or girl is watching TV or playing video games they’re being entertained by someone else’s imagination, instead of using their own. While media can inspire imagination, too much passive entertainment can stifle it. As parents, we’re all too aware of the dangers of too much technology/screen time in our children’s life, but putting boundaries into place can be more difficult than not. Try keeping plastic bins of different activities around the house and direct your children to spend time exploring and creating with whatever they find hidden in them!

If your child is interested in something, help them learn more about it. Children who focus on one or two passions tend to be more creative later in life. For example, if your child is interested in fashion or sewing, register them for camps and classes here with us at The Handwork Studio to learn and explore about their interest. If a child feels that their enthusiasm is valid, they will continue to believe in their imagination.

Finding ways to inspire your children’s imagination doesn’t have to be elaborate, taking a few simple, but important steps can boost your child’s ability to think creativity!